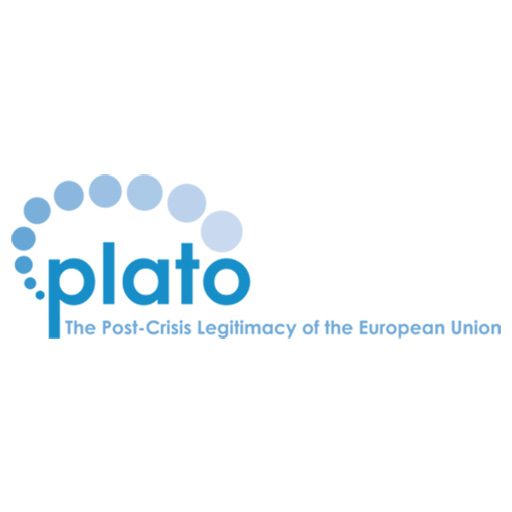 Tiffany G. Williams was a PLATO PhD research fellow at the Institute for Advanced Studies in Vienna and a PhD candidate at the University of Vienna, Department of Political Science. She holds an MA in Public Administration from Cornell University 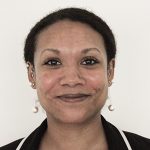 The European Neighbourhood Policy and its Eastern Partnership are key strategic policy frameworks for European Union external action. However, after little effective transformation and many unanticipated consequences, the EU admitted in 2015 that its once prized policy was overly ambitious. In response, it was scaled back to an incentivized reward mechanism for good government behavior, yet unfulfilled promises remain. Now, the Eastern Partnership countries are rethinking the original EU-led partnership framework in favor of a balanced, mutual cooperation that amplifies their voices in their diverse and evolving region. Grandiose and unattainable ambitions are (hopefully) left in the past

After unexpected challenges, the European Union (EU) downgraded the Eastern Partnership in 2015. Originally intended as a path towards EU Membership, the policy framework did not perform as anticipated, leading the EU to scale down expectations, and instead refocus it as a reward system for good government behavior. My doctoral research examined the build-up to and fall-out from this decision as it pertains to the critical relationships between the EU and the formerly Soviet Eastern Partnership countries, Armenia, Azerbaijan, Belarus, Georgia, Moldova, and Ukraine. The Eastern Partnership falls under the EU’s broader European Neighbourhood Policy framework, which is a core responsibility of the European External Action Service (EEAS). However, its complex and comprehensive design involves various agencies, policies, interests, and objectives.

The key objective of the Eastern Partnership is to manage the acclimatization of the post-Soviet region to EU integration standards. By the EU’s own account, however, this framework and its objectives proved to be far too ambitious. Involved policymakers and policy experts have criticized the European Neighbourhood Policy and Eastern Partnership for their “one size fits all” regionalism perspective, dependence on conditionality compliance, lack of reciprocity, ineffective democracy promotion, and under-estimation of security threats, among other concerns. These issues were met with promises from the EU to implement a tailor-made approach that differentiates between partner countries. However, such promises remain unrealized, and as a result, the future of the EU’s relations with its Eastern Partners is unspecified and lacking a long-term perspective.

The EU claimed that relegating the European Neighbourhood Policy, including the Eastern Partnership, to a reward system for good governance in 2015 would assume a less ambitious and more pragmatic, flexible approach moving forward. Yet, merely increasing funding packages as ad-hoc rewards takes on a diminished “payer not a player” role compared to a mutually engaged and beneficial strategic partnership. Consequently, applying this incentivized reward perspective across the board has not worked out as the EEAS intended. The EU’s influence in its Southern Neighbourhood, the Middle East and North Africa, has continued to decline since 2015. Similarly, despite the EU’s aim to bring its Eastern Partners up to its own standards, the EEAS has not managed to effectively promote democratization or stabilization in its Eastern Neighbourhood that is left vulnerable to longstanding regional tensions.

The lack of mutual exchange between the EU and its Eastern Partners substantiates criticism that the Eastern Partnership was not intended as a balanced and equal cooperation. While democratic peace, economic progress, and civilian safety may generally inform EU policy standards regarding societal needs, the inability to provide those needs abroad as promised challenges views of EU external action as merely humanitarian and civilian-oriented. Contrary to claims that the EU is simply a promoter of universal norms, its EEAS objectives and behavior towards its targeted Neighbourhoods do not corroborate merely apolitical intentions. They instead reveal that considerable power would be required to accomplish foreign compliance with the EU’s conditions and standards. As such, the claim to be “one of the most important, if not the most important, normative powers in the world” does not communicate a non-hierarchical and mutual cooperative exchange.

The EU’s emphasis on prescribing its own standards and values to its Eastern Neighbourhood confirms that the Eastern Partnership was not designed as a horizontal and equal relationship, especially since the partner countries were meant to acclimate ‘up’ to EU standards. Moreover, this prescriptive, asymmetrical association has communicated to the stronger countries in the Eastern Neighbourhood region, such as Turkey, Russia, and Azerbaijan, that integration with the EU is not pragmatic and offers little comparative value. Other Eastern Partners’ recent statements of disappointment in the EU suggest similar reservations.

The value of recognition

The 10-year Anniversary Summit of the Eastern Partnership in May 2019 marked an important milestone for the policy framework, as well as for the EU’s relations with the Eastern Partners. From the EU’s side, there was an expectation for all involved parties to sign a Joint Declaration regarding progress made and future goals. However, the Anniversary Summit came and went without the anticipated signing of the Joint Declaration. Azerbaijan’s refusal to acknowledge a statement that did not mention its conflict with Armenia over the Nagorno-Karabakh was the most adamant position against the Joint Declaration. Nevertheless, the other Eastern Partners also expressed disappointment with uncertainties and delays, including the lack of EU accession prospects.

Soon after, in December 2019 the Euronest parliamentary assemblies of Georgia, Moldova, Ukraine, and Armenia proposed a new partnership agenda called the “Trio Plus Strategy 2030.” This strategy better acknowledges these specific Eastern Partners’ many years of reforms measures in compliance with the EU’s partnership conditions. It also emphasizes these partner countries’ preferences for potential deeper integration with the EU. Rather than including all original six Eastern Partners, the Trio Plus Strategy proposes finally abolishing the EU’s regionalism perspective. It holds the EU to its differentiation promises, and demands greater recognition and reward for their greater compliance.

The EU should clarify that its objective for future partnerships within its Eastern Neighbourhood is to in fact still have them. In order to save itself – and its Eastern Partners – the trouble of further over-ambitious governance goals or unrealized promises, the EU must show that it does not take its relations in the region for granted. Additionally, it is important to express that it recognizes and appreciates the steps towards positive reforms that have occurred. Most importantly, while EU support may encourage such steps, any meaningful change is expressly the result of the Trio Plus countries’ own diligence and resolve.

Rather than unidirectional, prescriptive governance from a foreign institution, the future iteration of the Eastern Partnership should entail a cooperative and strategic framework that outlines shared interests and goals. The framework should also design mutually beneficial and reciprocal action steps that the EU and its Eastern Partners can take together in order to achieve their common objectives.

The contested but upheld legitimacy of the Court of Justice of the European Union | In Europe, emergency politics has become unexceptional | Embracing a Piecemeal Approach in Intergovernmental Negotiation: The Case of Med-5 and the New European Asylum Support Office | Democratizing the European Semester: the involvement of national parliaments | Will multinationals’ hunger for tax benefits prevail? |

Trading ambition for cooperation: What’s next for the Eastern Partnership? | Influential but indifferent? Assessing the role of the public in European politics | Strangers at the gates: denying residence rights in Europe in the 21st century | The Coronavirus crisis as a test to the EU’s fiscal and banking policy reforms | Why EU institutions alone cannot reform the Common European Asylum System |